Culture and religion in my writing 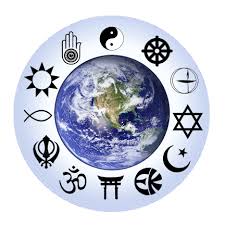 Those familiar with my writing have probably remarked that the main protagonists in my novel stem from very different racial and cultural backgrounds and, by consequence, adhere to very different ways of approaching the daily life.

Alec Bannon is an Irish Catholic who’s married to Millie Bloom, who’s on the lookout for her Jewish roots. Both of them are derived from two flat, minor characters that figure in Ulysses by James Joyce.

Mahmoud is an African Muslim, once a precocious student educated in the West, but who holds a complex relationship with his western identity and acquaintances. After a disastrous stay in Great Britain, he emigrated to the U.S., chugged off most of his western erudition, found a job as a butler and converted into an after hours voodoo priest. This character is loosely based upon Mustafa Sa’eed, a protagonist that is the main subject of the narrator in Season of Migration to the North by Tayeb Salihel.

Wen is an Eurasian Taoist priest who struggles with his vocation and the traditional Chinese concepts of life.

Minik Wallace is based upon a historical personage, who’s life’s history has been slightly adapted to suit the story line of the novel. He’s an Inuit who tries to uphold his ancestral values in a western environment.

Last but not least you have Sheeva, who’s a native of Pondicherie in French India and who belongs to the Hindu Komati caste. He’s a strong believer in astrology and a fervent silambam practitioner who earns his living as a cook.

The main female protagonist, a Cree woman called Saskisiw, is married to all five of them and gives an angle to get an insight into the Native American culture and how their values got incorporated into the mainstream of Western thinking and, vice versa, how Christianity transformed their traditional religious practices. This is an example of the Long Now vision upon history that this book wants to promote. Where polygamy is a widely documented phenomenon, polyandry is still a more or less unexplored  literary territory.

Each of the five male protagonists is the alter ego of one of the Pandu brothers in the Mahabharata, but their family ties have been replaced by a metaphysical bound. They form a Qi’tet, what can be translated as a group of people brought together by the Qi. The Qi is in the Chinese tradition the fundamental life force that connects all living beings. All the other protagonists  have also their mirror reflection in one of the characters of the Mahabharata,

This amalgam of different characters has more things in common than appears on first sight. From conception on, the five male protagonists that form a Qi’tet were already different than the rest of their immediate surroundings, because in their mother’s womb they developed as chimeras. To put it crudely; they cannibalized their twin and incorporated these fetal cells into their own organism. This is a first hint to the nature of synchronicity, a theme that will be further exploited as the tale develops.

The very diverse ethnicity of the protagonists gave me the opportunity to introduce a broad gamma of supernatural creatures connected to these different cultures, together with some of the rites and customs that govern the daily life of those communities.

All these different cultures belief in supernatural powers is the angle I’ve used to develop a metaphysical frame that could include all of them.

To relate all these old tales and philosophies to the modern way of thinking, I’ve sought and found inspiration in the works of twentieth century novelists, scientists,philosophers and artists.

The main goal of The Maharajagar is to entertain the reader who has also a keen interest in literature, history, anthropology and science while on the background plays an attempt to create a metaphysically frame to unify all the different cultures and religions mentioned in the novel.

The better we understand what moves things around us, the better we can position ourselves to take advantage of these movements for personal growth and, subsequently, act in a way that makes the world a better place to live in for everyone.

5 thoughts on “Culture and religion in my writing”