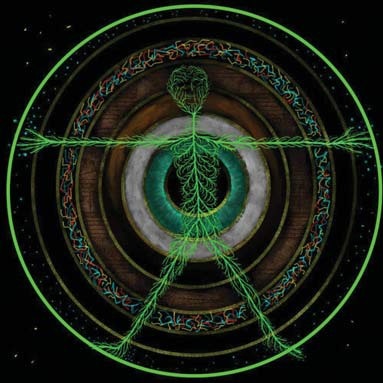 From childhood, we are taught that the human body has five senses. I’m sure most readers can recite them: sight, hearing, touch, taste, and smell. This list has remained unchanged since the time of Aristotle. To most people, a “sixth sense” refers either to one outside the realm of the scientific, or one that simply does not exist in most humans.

Biologists working on the electrical and magnetic senses of animals have already claimed the sixth sense. Some species of eels, for example, generate electrical fields around themselves through which they sense objects in their environment, even in the dark. Sharks and rays detect, with astonishing sensitivity, the body electricity of potential prey. Various species of migratory fish and birds have a magnetic sense, a biological compass that enables them to respond to Earth’s magnetic field. Since the human genome evolved from those species, it can be reasonably argued that this sense is present in latent  form in our sensory nervous system, but has been suppressed by our perception in favor of the five more commonly used senses. We all know people who have an uncanny ability to orientate themselves in a strange environment. The unexplained capacity of the augurer to find water layers who’re hidden under meters of soil or rocks may well be related to an ability of that person to detect changes in the earth’s magnetic field where water layers occur.

The seventh sense is related with a certain perception of the current of time. There exist people who have a cunning awareness of the hour of the day without having to look upon a clock or the use of other external indicators that help most people to estimate the passage of time (the position of the sun being the most obvious one). It is also often connected with intuitive behavior & premonition. Retro-causal phenomena and the nature of time are intensively discussed themes among natural physicians.

“The history of the senses in science and culture suggests that parsing the senses introspectively allows for both greater and fewer than five senses. The physiological models suggest incredible complexity – and many more than five systems, while the kinds of media we detect allow for much less. Given all the advances we have made towards their understanding, perhaps it is time to abandon the notion that we have five senses and seek a more scientifically valid conception” (Gordon, M.S., Looking Back: Finding the Senses, The Psychologist Vol. 25 p.908 – 909, Dec. 2012)