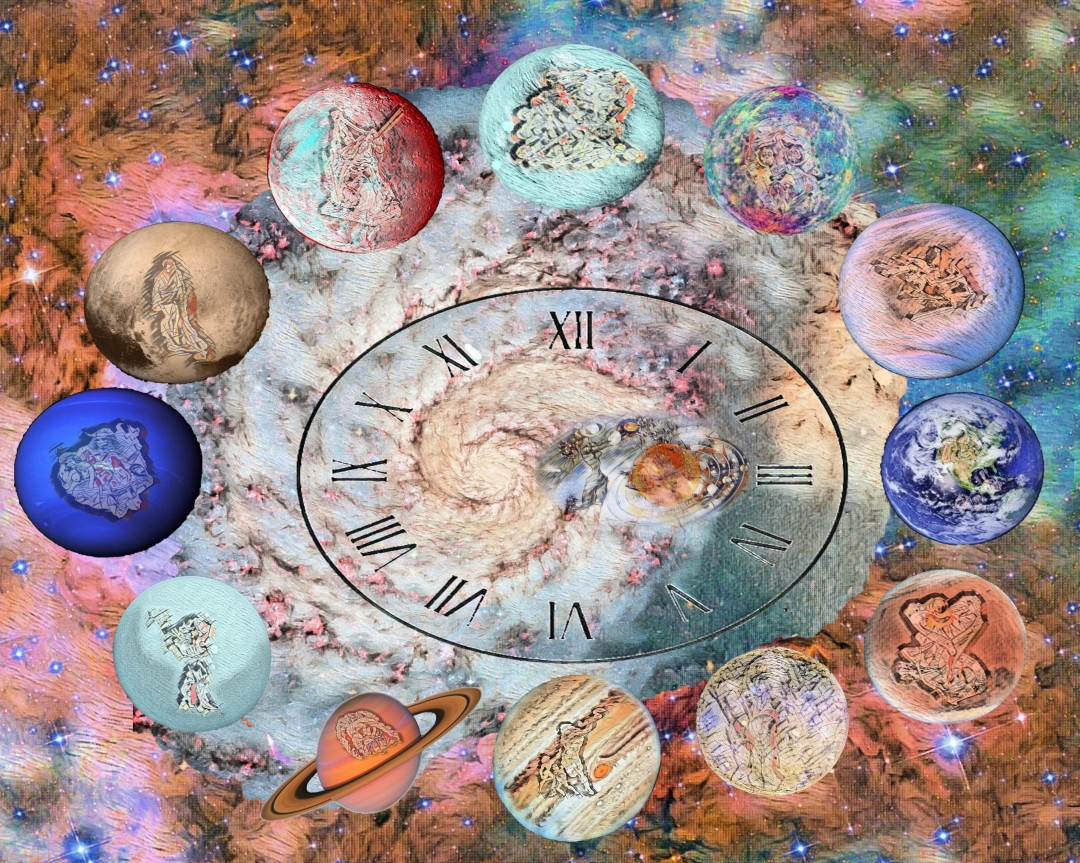 For a very long time I’ve been considering myself an artist, solely based upon my ability to fabricate stories. Only lately it occurred to me to put my creativity at work outside the self-imposed confinement of literature.

It started innocently: I wanted to design my own book covers by taking old movie posters as a source of inspiration. By doing so I discovered the possibilities and the relative ease of creating complicated designs and special effects that modern technology brings into the grasp of people with little graphic skills.

I’m the first one to admit that the work of real graphic artists will always have a qualitative and creative edge over the designs I’m able to produce, but most of the techniques that used to be the exclusivity of those with the talent to finish an artistic education, became suddenly available for my personal use.

Then I started to write a play, made designs for the costumes and the décor. While working at it, it occurred to me that the concept could lend itself for a musical. And off I went, in search of a program that would allow me to make my own compositions.

The latter was more tedious than working with a graphic design program. Music has a language and alphabet of its own, and my knowledge of it was deeply buried into a long forgotten vault of a previous lifetime. Again, also here the internet was putting tools at my disposal that allowed me to visualize sounds and bits of audio recording into music notes, allowed me to make changes in tempo, key signatures, assign instruments, etc…

Modern technology and the internet have allowed me to create the fundamentals of a musical: the libretto, the décor and the music. This said, only after I finished, I realized I had created something that probably will never see the stage-light.

To start with the most obvious: the cost, time and amount of people that are needed to produce a musical. Most musicals, whatever their artistic qualities, are writing red numbers. Most of these projects have corporate sponsoring of companies who just need a write-off, and who want to connect their brand to some artistic happening (for the prestige of it, to be able to give their customers free tickets, etc…).

Producers need to have a couple of box-office successes to make up for the deficit making projects, of which some of them are even canceled after a disappointing premiere. Understandable, they’re very reluctant to take on new projects and even don’t consider unsolicited scripts. In fact, producers rarely finance a project they didn’t dream up by themselves or a play that hasn’t proven itself into the amateur circuit.

Writing a play made me also understand why the plot and characters of a movie always feel a little flat compared to the novel whereupon they’re based. A play or movie has 90 minutes to make its point and the stage can only support that many actors or changes of venue. So the advice of the playwrights was: kill your darlings – elements you may have worked hard to create but that must be removed for the sake of your overall story in a play.

The harshest rule among playwrights is this one; even when you have a good play, it cannot succeed when the other ones don’t fail.

No wonder that the first advice of most playwrights is … don’t.

Who believes that publishing is a though business, better doesn’t start writing scripts; compose music; or design decors and costumes. Or just do it for the pleasure of the creative process. To break a writer’s block for example.

2 thoughts on “Exploring Other Avenues.”