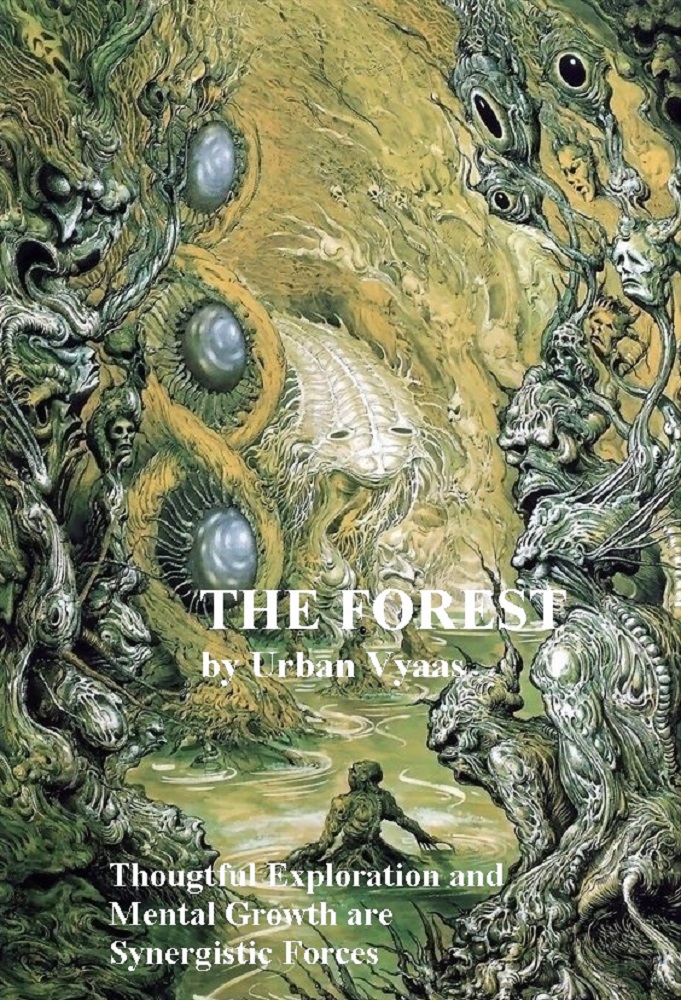 I had to scramble to meet my self-imposed deadline, but after cramming for two years most of my free time into the third part of my pentalogy “The Maharajagar”, I’m gladly presenting the world with the results .

Since the story-line of the series is grafted upon the structure of the Mahabharata, it seemed appropriate for the third part to stick to the title of the corresponding section in the original tale; The Forest. In the Mahabharata, the forest was a place for those exiled or expelled of society.

The title of this literary project, “The Maharajagar”, is a self-coined portmanteau through combining parts of the Hindu words; mahaan (great), hare (green) and ajagar (dragon). The main purpose of this novel is to entertain the reader with a historical fantasy: a spellbinding epic tale of ambition, anarchy and absolute power, set against the canvas of North America, Europe and Asia during World War 1 and the ensuing great depression.

The Maharajagar is not highbrow literature, and the series reads as if it is a set of ideas with the convention of a novel foisted onto it. The grand theme – an emerging humanity-wide consciousness – required a fictional narrative to make it really come alive, in this case a historical fantasy which carries the reader back into the historical setting of the beginning of the 20th century.

Under this introduction you’ll find a short resume of the progress of this enterprise.

The Beginning: A Multicultural Tale of Transformation (The Maharajagar Book 1) 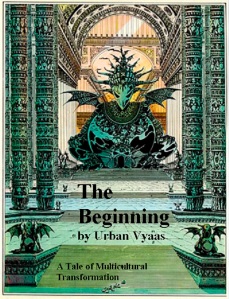 The first book is the only one that can be read as a standalone and laid down the groundwork for the epic; the backgrounds of the protagonists and antagonists, their power struggles and claims. One could have closed the first book and never have expected a sequel to it.

Available for free between April 10 -14 on this link.

The Assembly Hall: To realize one’s destiny is a person’s only obligation (Maharajagar Book 2) 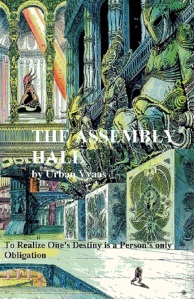 The second book of the series, The Assembly Hall, is the pivotal one of the five books of the Maharajagar, where the delicate balance reached at the end of the first book gets disturbed and reignites the struggles between the actors of this tale that will dominate the consecutive parts of the series.

The Forest: Thoughtful exploration and mental expansion are synergistic forces. (The Maharajagar Book 3)

The third book of the Maharajagar describes the twelve years in exile of the protagonists and the focus lies upon the character building that the main personages experience during this period.

GENERAL THOUGHTS ABOUT THE MAHARAJAGAR.

This novel expresses in a popular way what is latent in contemporary culture by weaving three metatheses through its narrative.

The idea of synchronicity, first postulated by Carl Jung, is no longer new, but this series wants to revive interest in it by stating that coincidences are happening more often, to a greater number of people, and that they are somehow linked to our evolution as a species. The Maharajagar focuses on a growing belief that some or all coincidences are not instances of mere chance but carry meaning. Awareness of synchronicity more than anything can lead us to a cultural transformation, because once you admit it is real, your whole view of how the universe works must change – it becomes a meaningful universe. Thomas Kuhn, whose book The Structure of Scientific Revolutions showed us how it is the small anomalies which can eventually turn upside down a whole theory or way of seeing the world. 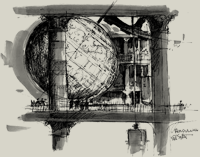 The ’longer now’, describes an enlargement of the circle of our thinking beyond our life, our job, our country, to appreciate humanity across the ages. We see the evolution of humankind almost as the story of a single person. The book exposes how in the last thousand years we have moved from a world centered on religion to one based on our own achievements and discoveries. The philosophical security we felt in the Middle Ages was replaced by a drive for secular material security, but now this is being questioned. The attachment to ‘scarcity consciousness’ is being eclipsed by the realization that we must now pursue that which has most meaning for us. The past few hundred years have set the stage for a new era of ‘mystery appreciation’ – whatever we find amazing, and nothing less, will determine how we spend our time.

The third metathesis states ‘The All is a projection of informational modulated energy waves by a cosmically horizon on the time-space continuum.’ Our way of seeing the world is based on the apparent solidity of matter, but our science is yet to detect the subtle energies that flow through and around things, including the living. Astounding experiments in particle physics show that the forms in which particles manifest depends on whether they are being observed. Other experiments show that among two sets of plants in the same conditions, those which are given ‘loving attention’ grow more rapidly. My question is: to what extent does the universe as a whole – since it is made up of the same particles – respond to our expectations?

These themes relate directly to the concerns of our time: the preoccupation with our relationships and their fragile balance; environmental awareness; and, as we have left the 20th century and all that history behind, grows the desire to see the human experiment in its entirety. In this respect, The Maharajagar is compelling the reader to reflect upon its broader theme: the further evolution of the human species.

Since I’m aware that the world, up to now, has mainly chosen to ignore me as a writer, I’m making the first book of my series available for free in Kindle format till April 14 on following link: The Maharajagar Book 1: The Beginning

Free ARC’s  of The Forest are available for reviewers upon request through my contact page.

3 thoughts on “The Forest”