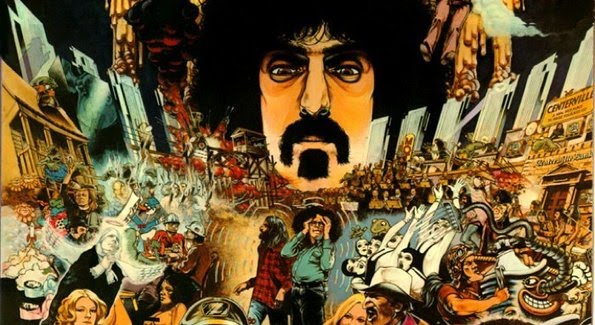 Last week we had a film festival on our little rock in the Atlantic; The Las Palmas Film Festival 2019. My general appreciation of the program was lukewarm, but there was one documentary that stuck out. It wasn’t even part of the official section but was screened in the margin of the festival as a private initiative of a local movie theater; The Monopol Music Festival

My wife picked a documentary about Frank Zappa. In the Eastern European countries, Frank Zappa used to have an almost god cult status. I never really understood, neither did I care. Till I saw this documentary and filled that cultural gap.

What were the most important things I learned?

EAT THAT QUESTION: FRANK ZAPPA IN HIS OWN WORDS

Frank Zappa’s complex and fascinating world is a barely impossible task to tell, lest we be quiet and let Zappa himself doing so. Using Zappa´s music, his unique thoughts and testimonies of some of the few privileged ones who could be part (and be up to scratch) of his musical vision, filmmaker Thorsten Schütte approaches us to some of the keys which made Zappa a leading and one-of-a-kind figure.